An unrecognisable Liverpool line-up contained five debutants and an average age of 19 years, six months and three days with the European champions’ first team and coaching staff, including manager Jurgen Klopp, in Qatar for their Club World Cup semi-final against Monterrey on Wednesday.

That inexperience showed defensively despite a much better performance from the visitors than the scoreline suggests.

Villa made 10 changes themselves with Premier League survival their priority and could have had a much tougher night had Liverpool taken advantage of a bright start.

Harvey Elliot became the youngest player to ever play in the Premier League just a month after his 16th birthday last season when at Fulham before a summer move to Anfield.

And he was the standout performer of Liverpool’s young crop as his scooped pass picked out Herbie Kane, who was denied by a good save from Orjan Nyland.

However, the floodgates opened 14 minutes in when Conor Hourihane’s free-kick evaded everyone and flew under Caoimhin Kelleher’s grasp.

The Irish under-21 international goalkeeper was unfortunate again moments later when Ahmed Elmohamady’s attempted cross deflected off Morgan Boyes and looped in at the far post for an own goal.

Kodjia had not scored this season prior to kick-off with his chances in Dean Smith’s first team severely restricted by the signing of Brazilian striker Wesley in the summer.

However, he made the most of the chance for a confidence boost by slotting past Kelleher and then turning home another Elmohamady cross from the right.

Villa showed some mercy by easing up on the youngsters after the break, but could still easily have scored more than five.

Wesley came off the bench to round off the scoring in stoppage time with his first goal in 10 games.

Liverpool’s decision to play two games in two days in two different continents and with two very different squads was criticised in some quarters for showing a lack of respect to the League Cup.

But amidst a run of 15 games in 50 days across five competitions, it was well down the list of Liverpool’s priorities as they attempt to win a first league title for 30 years and hope to defend the Champions League come the new year.

Villa, meanwhile, can look forward to a first cup semi-final in five years with the other three quarter-final ties taking place on Wednesday. 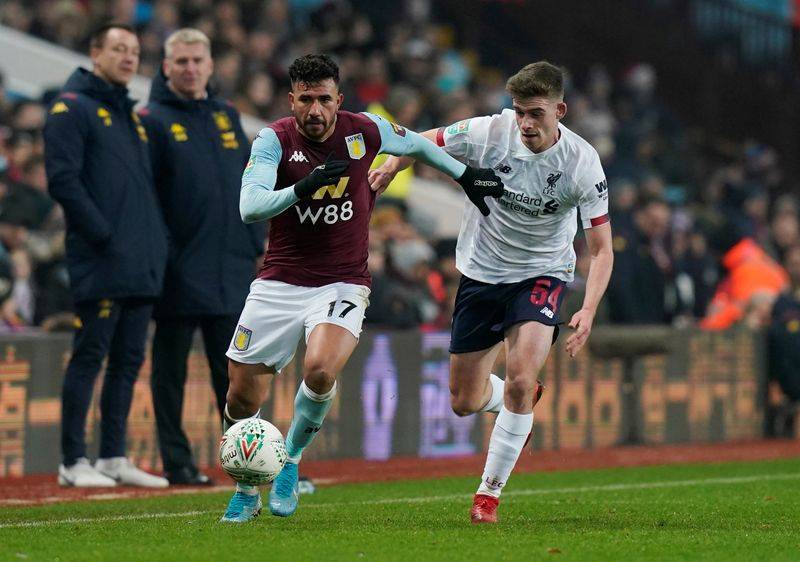 In memoriam: Sports personalities who died in 2019